Soon to be unveiled at Japanâ€™s Eco-Products 2006 exhibition, the Loopwing is a new wind turbine that is being marketed for home owners interested in saving money/the planet.

â€˜43% power performance at optimum wind speedsâ€™ [donâ€™t know what that means, but it sounds goodâ€¦]

Avoid buying things, just so that you can break the bubbles.

Ninjas still need to turn out the lights.

Bra that doubles as a shopping bag, or is the other way around? Say no to useless, singular plastic shopping bags! 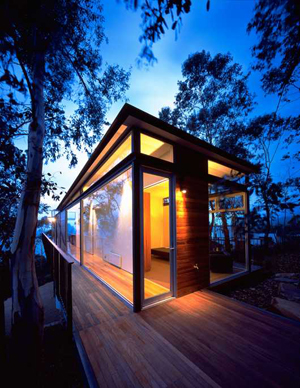 Designed by Stuart Tanner Architects, the Pirates Bay House is a â€˜small coastal retreat near Eaglehawk Neck on Tasmaniaâ€™s Tasman Peninsular. It has been designed primarily as an informal, intermittent use building. The clients requested a contemporary, steel framed building that made best use of an awkward site and brought the coastal aspect of its location into the living spacesâ€˜.

The [linear] house acts as a cantilever, pushing out from the hillside towards the water [the building barely touches the groundâ€¦siiick], in an attempt to â€˜pay homage to the eucalypt forest that fringes the siteâ€˜.

â€œDonâ€™t Give Me No Bammerâ€ 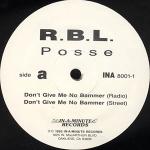 Professor Ian Owens, one of the paperâ€™s authors from Imperial College Londonâ€™s Division of Biology, and the Natural Environment Research Councilâ€™s Center for Population Biology, said: â€œFor the first time ever this global mapping has divided the planet up into small grid squares to obtain a really detailed picture of biodiversity. By looking at the numbers of endangered mammals, birds and amphibians in these squares, we have been able to see how this real picture varies from assumptions that have previously been made about global biodiversity of endangered species.â€

Professor Owens adds that this geographical discrepancy in hotspots of endangered species from different groups can be explained by the different factors that threaten mammals, birds and amphibians: â€œEndangered bird species are often at risk because their habitats are being destroyed. However, different factors entirely may affect mammals such as tigers which are under threat from poachers, and amphibians which are being diminished by diseases brought into their habitat by non-native fish.

These are two different links.

* CPI Score relates to perceptions of the degree of corruption as seen by business people and country analysts, and ranges between 10 (highly clean) and 0 (highly corrupt).

** Confidence range provides a range of possible values of the CPI score. This reflects how a countryâ€™s score may vary, depending on measurement precision. Nominally, with 5 percent probability the score is above this range and with another 5 percent it is below. However, particularly when only few sources are available, an unbiased estimate of the mean coverage probability is lower than the nominal value of 90%.

*** Surveys used refers to the number of surveys that assessed a countryâ€™s performance. 12 surveys and expert assessments were used and at least 3 were required for a country to be included in the CPI.

Drought? Bleaached coral? Meanwhile, the Thanksgiving hangover round these parts is major.

gallery of the earthâ€™s changing climate

One possible result of the worldâ€™s changing climate is less rain for those places that already suffer from a lack of water and torrential storms for places that have plenty. Currently, the Anhui province of China is suffering the worst drought in half a century in southwest China.

Scientists are concerned about the effects of global warming on marine life. Many organisms at the bottom of the marine food chain are extremely sensitive to any rise in water temperature. Bleached coral is becoming more and more common.